I’m only human
Of flesh and blood, I’m made
Human
Born to make mistakes*

To err is human they say, but no one I’ve ever met will admit they’ve never made a mistake or failed on some level. Yet, some will easily blame others in today’s culture as well. Tricky. ‘Nobody’s perfect’ is a common adage which implies there must be a standard that is perfect, which is another conversation unless we are talking about the standard of care in the architectural profession, building performance, physics, or ethics as defined by our state licensure boards, the AIA or the NCARB.

I’d rather learn from others. Therefore, maybe someone can learn from me.

In the twenty-seven years I’ve been in practice I know I’ve made numerous mistakes (besides writing this blog) or have erred more than I can count. Fortunately, I cannot remember too many and no one has come knocking with a claim to submit. One of the joys I felt when I first received my license was the epiphany that now I could be sued. So far, so good.

For the sake of today’s conversation, I’ll recount the first three things that came to mind as I sat down to write. Who knows, by the end of today, I might have something else to add. Keep the car running.

Coordination or Communication Mistake: coordination with engineering drawings – In my early days after graduation in the early 1990’s, I was working on an addition to a supermarket and my boss permitted me to coordinate the structural engineering drawings with the architectural drawings I was preparing, as well as converse with the engineer about the design. During the (pre-BIM days) process, I failed to transfer (or recognize) a steel column from the initial structural drawings to the architectural. It extended through a mezzanine office to carry roof load. I believe I incorrectly communicated with the engineer about where he could place columns.

After I discovered the omission on the architectural, and I could breathe again normally, I had to tell my boss. I’ll never forget how he decided to let me learn from it. He said that I would have to call the owner, explain it to him, and provide a furniture layout to demonstrate it could work. In the end, it all came together, but I have to say I burned the shirt I was wearing due to an excessive afternoon of sweating. (No, we couldn’t have adjusted the column position).

Lesson: Someone has to be on top of these issues. I work out the basic structural system(s) for all of my projects early – usually during design development. It will never get that far (as it did in my story) again. 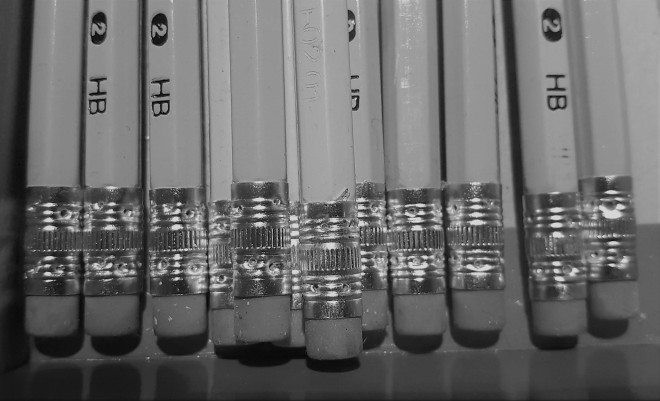 Marketing or Management Mistake: turning down work when other work was not confirmed – Today I choose my work carefully, but in the early days of my practice, I’ll guess around 2004, I was betting on two interesting projects going forward. A couple of less interesting projects came by and since I was also teaching, my time was exceptionally limited. As you can guess, I turned down the two less interesting projects only to have the other two slip through my hands as quickly as sand at the beach.

Lesson: Each firm must develop a method for selecting and passing on new projects. There must be a balance between being focused on the office’s mission and goals while still being able to keep the office afloat. Taking the wrong work could distract; taking too much work or not enough work yields its own problems.

Construction Visit – Commitment Mistake: not visiting job site at the difficult time of year – It’s been at least two years now, but while a small project was under construction, I should have visited the site at a critical moment. After three regular meetings I surmise, we complained the progress was slow as we headed into the end-of-the-year season of holidays. With no one happy, the contractor finally elected to push through the bulk of the work. For some reason I cannot remember, I couldn’t or didn’t schedule a meeting with the contractor to review the work progress in that timeframe. When I returned in the new year, most of the exterior and interior was enclosed covering up several details that would prove to haunt everyone a year later.

Air leaks, minor roof leaks, and incomplete work would become evident in time. I call this an error of omission – not doing something essential. We could contend it remained the contractor’s responsibility to build according to my documents and to code, but that didn’t curtail the ire of the owner (one member of the couple) from including me in the blame. Despite being in constant contact until I assumed it was resolved with additional “free” visits, I received several unfriendly emails and texts. The contractor ended up at the magistrate; I ended up losing sleep and lost a good reference.

Lesson: Our services during construction need to be all or nothing. Either we consistently review the work, stay in close communication, meet with the parties involved regularly and appropriately regardless of schedule, fee or any other reason, or we contractually remove ourselves entirely from the process and inform the client of their risk. Anything in the middle of the road means we’ll get hit.

I could go on, but I’m going to pause and recommend you learn from my friends below in this #Architalks series.

some kind of mistake

4 thoughts on “some kind of mistake”