War, huh, yeah What is it good for Absolutely nothing

Uh-huh War, huh, yeah What is it good for Absolutely nothing

Can we say this about architectural criticism? You’re wondering how I made a leap from war to criticism. And why is he singing that 60’s song too? For some unknown reason I started thinking about architectural criticism and what is it good for? The original thought came from critiques in the architectural education setting, but I’ve expanded my thinking to the office, the public and the media. In the past few years, I’ve heard and read students and young designers shifting the blame for what’s wrong with the educational system and the profession. It’s like the deck is already stacked against them and their lack of focus and commitment has no play in their success in this profession. If you want the credit, you must take the blame too.

Criticism can be a valuable tool to the architect as architecture is crafted and made through an iterative process and the more input from a variety of stakeholders the better. Feedback isn’t intended to be incorporated verbatim, but more of a catalyst to critical thinking. As people contribute to the conversation, the project ideally evolves into a more sophisticated solution. Fresh eyes bring a broader look at the solution at hand and can ask probing questions into the nature of the design. On the other hand, too many cooks can spoil the soup.

The other side of this issue is the architect being independent. To succeed, the architect (or architectural student) needs to be self-starting and self-motivated, able to research and seek out the necessary feedback when possible, but also facile at resolving projects on their own. In my own experience of architectural education in the late 80’s and early 90’s as well as working in small offices following that, there were many times feedback occurred more sporadically so necessity taught me how to keep projects moving and examine my work critically on my own. Many times I sought out feedback from peers, other instructors as well as co-workers. I found a balance between the benefits of feedback and being self-critical to independently develop good work. Perhaps I fooled myself. 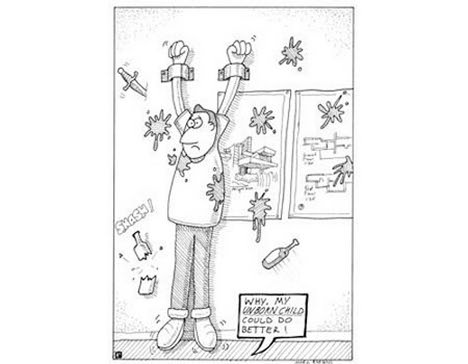 Education
For those of you who haven’t had the pleasure of experiencing architectural school, each semester offers a design studio course where students learn to design. Besides being rigorous, tiring and unlike any early experience, the studio environment is not easy to describe and much gets lost in trying to explain it. Nevertheless, students begin a process to design and they receive feedback and criticism on their design projects in various formats. Most notably is the one-on-one teacher to student format called a “crit.” However, it can also take the form of small or large groups as well. Consider it a dialogue of opposing and parallel thoughts with a purpose to edit and “tease out” something better. At the conclusion of a project, there is typically a formal review of work with invited guests where the student presents to a larger audience and a lively dialog hopefully ensues. Differing opinions often surface and the fledgling student must decipher the comments and store them away for ongoing thought and future projects. Sometimes students just pee themselves.

In the past twenty-five years, I have observed a vast difference in the culture of the studio environment. I can accept that my conclusions are narrow and limited in their observation, but students of today’s generation are used to instant gratification and instant success. That doesn’t happen with architecture. Without contradicting my thesis that architecture is improved by more and diverse feedback, designers must also be self-starting and self-motivated to develop a means of improving the work on their own. They must think critically of their own work and find ways to test it against various metrics to judge its merits. My concern is students often depend too heavily on their instructor’s feedback and struggle to move their project forward without ongoing and continual instructor feedback. At times they can shift the blame for their project’s weaknesses. These habits need to be weeded out if they wish to succeed in an office environment. Again balance is always in order.

Work
Perhaps the same can be said about the office environment as the school studio, but now the accountability is higher. Critiques don’t end once one starts to work for an office, but they can feel a bit less personal since the design team or individual members are receiving feedback from other team members or the partners in the firm. It can still be a one-on-one situation that lasts a few minutes or it can be longer with more participants. Depending on the size of the firm, it can mimic the atmosphere of the university setting. That isn’t to say there isn’t an internal competition but the nature of the crit is a function of the atmosphere and leadership of the firm. As mentioned before, I had to learn to work on my own so I could sufficiently advance projects waiting for the boss to return. I believe that’s an important skill and it should be developed early in the educational process.

Media
This type of criticism is different from education and work-related feedback. It typically occurs after a project is built and put on display. Occasionally it may occur with bigger projects that are announced after a design concept is released to the press. However, if the media is commenting in any way on your work, be glad. Any PR is good PR. Nevertheless, it’s sometimes refreshing to read a journalist willing to make critical statements about work from the stars. When only praise is being lauded on the work of the big names, I think we need to be discerning and not necessarily agree with everything we read. We are allowed to form our own opinions about architecture, especially if we have actually visited the projects in person. Yet as with all criticism, it is healthy to take whatever is written about our work and consider it carefully as we move on to the next project.

Public
As with the media, this is a source that may always mystify us. The public can be fickle at times, but they are a source we must contend with as designers. Since we design spaces and environments for the public, we must listen to them and respond appropriately. It is an important skill to know how to present our work in a way the public can understand, but also embrace. This could be a topic on its own. Regardless, I suppose I’d rather have a strong negative reaction than ambivalence. One of my biggest fears is doing work that goes unnoticed. My work was recently criticized on a well-known Facebook page for a well-known residential website. I posted a question to the person making the criticism by asking more about their reaction and response inviting a dialog open to diverse opinions. Unfortunately, there was no return response. I wasn’t looking for consensus, but when a critical statement is made, the author should be willing to defend it.

It’s no secret I get very emotionally attached to my work and my job. I feel the ups and downs of this profession and I “wear my heart on my sleeve.” Just like all architects, I like the continual affirmation. Some days I feel no one appreciates what we do and I may be as guilty as the young professionals mentioned earlier. Criticism is part of architecture since it is a public form of art. It can be useful and healthy, but it can sometimes be nothing more than hot air. Architects must be confident enough to keep moving forward in our school work or our jobs regardless. If I’m having a bad day and you hear me complaining and contradicting myself, sing me the War song.

** War, written by Norman Whitfield and Barrett Strong for the Motown label in 1969, performed by Edwin Starr.

crit(icism), what is it good for?