For those of you who know an architect, you understand our self-inflicted pursuit of the utopian concept of perfection. We are infatuated with possibilities rather than solutions. The reason we never complete our work but simply “stop working” is merely symptomatic of our inveterate process of considering what else our design “might be” rather than savor what it has become. Many architects have learned to shed this behavior, selling out, as some may indict them. However, it is more likely they lead happy productive lives while the rest of us wallow in self-inflicted torture working to improve something that is likely to be eliminated by the client or contractor for some reason far from our grasp of understanding.

In his book “Architecture Depends”, Jeremy Till explores the concept of contingency in architecture that would be well served on us if we would stop long enough to consider it. He writes in his introduction “architecture at every stage of its existence – from design through construction to occupation – is buffeted by external forces. Other people, circumstances, and events intervene to upset the architect’s best-laid plans. These forces are, to a greater or lesser extent, beyond the direct control of the architect. Architecture is thus shaped more by external conditions than by the internal processes of the architect. Architecture is defined by its very contingency, by its very uncertainty in the face of these outside forces.” 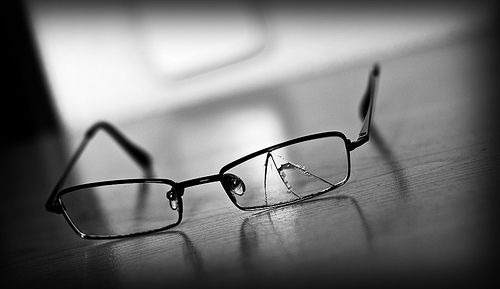 I suppose this begins in our education process where we are tacitly if not overtly directed to spend countless hours working on endless iterations of ideas in pursuit of the ultimate solution, sometimes at the risk of developing a lesser idea into a richer work. Till writes, “architectural education does everything it can to disguise its autonomy and resultant stasis. Briefs for buildings are set in the “real” world on “real” sites, empirical data are collected, engineers are sometimes spoken to, and famous architects are brought in to review the work. But these activities really do nothing to disturb the artificiality of the whole process.” Nowhere after our education is this mandate formally lifted, but day-one in an office typically takes care of this in some type of informal initiation into the profession. Just rip off the Band-Aid already. 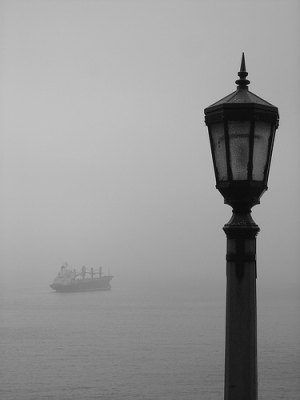 Recently I’ve found myself frustrated over the endless change a project takes on especially during construction. Clients will unilaterally make changes for shallow reasons disguised as budget cuts or some other illogical reason dismissed as legitimate. The end results have not strayed in a manner that the public might sense, but in ways that affect architects similar to how high frequency pitches affect dogs. Why do I do this and why does it bother me? Who is serving whom? Without a client and a contractor, my ‘ideas’ remain largely that apart from some ink on a piece of paper. Isn’t something built better than paper architecture?

What I believe sets us architects apart from…everyone else, is we are more interested in the idea than the realization. I love to see things built and I love the process of construction often more than the building’s completion. However, I too am fascinated with concepts and ideas especially as they relate to potentiality. The “Idea” if we look at it like Louis Sullivan did is what drives us to reconsider and incessantly overwork thus, taking us up to the deadline. It is rare we can take our clients at face value, but we need to reinterpret their simple wish for a building as a philosophical pursuit. I can partially blame Sullivan for this when he wrote in The Autobiography of an Idea “that every problem contains its own solution, and the task lies in the accurate statement of the nature of the problem.” I am guilty of this whether a vice or a virtue. Like a moth driven to a light bulb, I must reconsider the simple program given to me by my clients and ponder the real problem they’re asking me to solve. I am not saying this is irresponsible or a wasted endeavor, merely an idiosyncratic behavior of the architect. Perhaps it explains why we’re so melancholic and frequently wear black clothing.

Where do we go from here in today’s culture and our economic Pompeii that has likely changed our profession indefinitely? Can we go on with the endless pursuit of perfection or should we begin to embrace architecture for what it really is and its real value to the public? Does this warrant a change in architectural practice? In Part Three of his book, Till writes that this is “a move from the idea of architect as expert problem-solver to that of architect as citizen sense-maker; a move from a reliance on the impulsive imagination of the lone genius to that of the collaborative ethical imagination; from clinging to notions of total control to a relaxed acceptance of letting go.” He goes on to say “[a]rchitecture’s dependency is finally seen as an opportunity and not a threat, with the architect working out from contingencies of the given situation and using their embedded knowledge, skills, and imagination in an open and curious way in order to contribute to the making of new spatial possibilities.”

Should we embrace this new paradigm? Have you already? If you’re not an architect does this cement your stereotype of us? Is asking us to avoid the perfect and allow contingency to shape OUR design trying to alter our DNA? I don’t know. I’m having a hard time at it. When I celebrate the projects I’ve been fortunate to see built, I still catch myself envisioning the elements deleted or altered. At times I also rework parts of the design in my mind as if it’s still sitting on my desk as a chipboard model feverish working to the deadline where the professor says “stop.”

Call me cursed, what about you?

12 thoughts on “endless tease of perfection”