For my 101st article, I’ve been thinking a lot about “place.” After reading the book “The Nature of Place” by Avi Friedman, it reminded me of this age-old topic discussed often in my education. We see so much architecture that is so visually appealing as well as hear discussions about the experience of architecture which is connected to our sense of sight that we often forget our other four senses. Moreover, what makes a place have that “sense of place” is often something other than its form or other visual qualities. Memories sparked by our other senses are often far more powerful than our eyes. How often have you heard or smelled something and been quickly reminded of a pleasant (or unpleasant) time years ago. You can remember where it was and what happened vividly.

So I asked myself what places can I remember stirred by my other senses? There are many, but I’m forcing myself to write about the first ones that come to mind. If we keep these memories fresh in our minds as we design, maybe we’ll be less concerned about formal gymnastics, style and other eye-catching devices and get back to designing spaces that allow memories for others. (Keep this one in balance…I’m still one for spatial experience and visual impact). Nevertheless, the other four senses as follows.

Taste – This obviously is about eating and food more than architecture, but the architecture makes it possible. We’ve been fortunate to find many quirky but interesting restaurants in our odd travels as a family. But for the sake of this article I wrote down the first thing that came to mind tonight. Last summer we visited New England and while walking through downtown Portland (a fabulous city) we stumbled upon a newly opened cupcake shop. The architecture did catch my eye as it was in an old city block storefront with fresh new graphics and bright colors. Inside a clean, but colorful interior led us to the counter where beautiful cupcakes unfolded before our eyes (and great smells too). After a nice chat with the young owner, it was obvious we needed to buy something to comply with proper social protocol (and a chocolate addiction). Well, the chocolate cupcake with salted caramel frosting tasted so amazing, I can’t even describe it. I could have eaten a dozen of these. I can remember the architecture, but the cupcake experience is a great memory.

Sound – I believe I mentioned in a recent article that we attended our local symphony. It was more than the music we went to listen to that night, even though that was quite nice. It had to do with the sounds of my hometown bustling on a Saturday night, a somewhat rare occurrence. As I said besides the music, there was the sound of people walking about the evening streets as well the dull roar of the crowd as we were getting snacks during intermission. We chatted with friends and enjoyed our time with other people. So it was more than the pleasure of an ornate downtown theater from 1926; this theater gave us a good evening as a family but also united members our community for a few hours. Ok, if you read my post about “symphony” you know I was thinking about architecture that night too…busted. 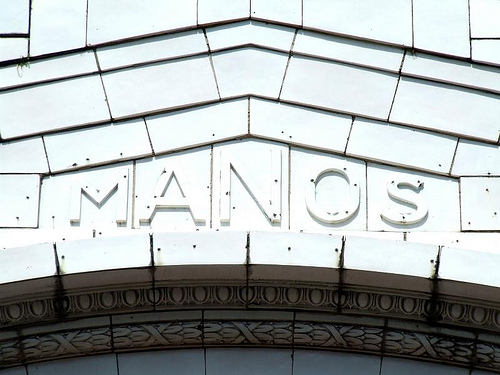 Smell – Several food memories came to mind, but to avoid you thinking that I reflect about food too often, I’m choosing an older memory. The smells of summer bring back memories of church camp when I was a kid. This was a yearly event that was the pinnacle of summer vacation. Our teen leaders drove us 90 minutes to the middle of nowhere and we spent a week at a broken down camp that couldn’t have been more magical to a teenage kid. It was nothing to look at and architecturally void of anything redeeming. However the cabins and other camp buildings did create an edge condition on the West and South that opened out onto a large recreational space bounded by a thick line of trees to the North. We played all day with old friends and new friends. Each year the Friday night bonfire in the circle of trees to the east was a spiritually moving evening.

Touch – Besides being nauseated for weeks from fear of the unknown, ten years ago, we became parents for the first time. The maternity ward at the hospital was secluded to allow new parents privacy and as much comfort as is possible while waiting for your newborn to arrive. For once I must admit I can’t recall the architectural details of the place as vividly as usual, but I do remember the night that changed me forever. He finally showed up near 7:30 that Sunday night. Everything was normal and we were blessed with a healthy son. But it was that touch that would etch my memory forever. From holding him in his swaddled clothing to walking around the nurses’ station for hours in the middle of the night because he would only sleep if I walked with him. There the antiseptic hospital quarters became a sense of place for us. I also remember him grabbing my finger for the first time with his whole hand. Being sleepless and lost wondering what we were supposed to do next to keep him from crying is not forgotten. It was a “learn-as-you-go” type of thing. I think I heard muffled snickering from experienced parents in the periphery. Despite not wanting to eat anything for fear of my stomach protesting, it was magical.

So “place” doesn’t necessarily require great architecture, but a place that makes memories. Oh, Chris Alexander would probably beg to differ at my simplistic definition, but to me these are places I enjoyed. I’ll talk more about place and my thoughts about Mr. Friedman’s book (a great read) in the near future. Today, let’s think about our other senses and how we might affect other’s lives with our architecture through their other senses dominated by their overpowering eyes.

What do you remember?

place and the other senses

2 thoughts on “place and the other senses”